[expand title=”So, how did all this begin?”]

Is the answer somewhere in this typical Wacko sound byte? …

… Probably not, and yet I’m still hungry!  I’m gonna grab a burger, fries, and an ice cold Bug Byte Beer and chill for a while. 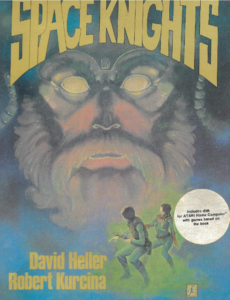 [expand title=”Space Knights”]
Wrote this sci-fi novella and developed and documented eight Atari computer game simulations.   My goal was that by playing the games readers would experience the Space adventures of Jake and Lisa, the book’s two protagonists.

It was also my first published work.  Getting there is a long and interesting story …  TBC

I Created ‘Dr. C. Wacko, Professor of Computer Wacko Science’ while sailing off the coast of Madagascar sipping an ice cold ‘Stoli.’  On the rocks! … I mean, the boat crashed onto the rocks,

… and in a daze, I realized that I had to write this book to make learning to program easy and fun! Now this book has become a ‘cult classic,’ … not!   But, it has inspired more than 250,000 young people to become software engineers along the way.  Read the book here, comment if you’d like,  then see it on Amazon and take a look at the reviews.  But, most importantly — Enjoy this wacky book now!

“Wacko and the Arabian Nights.”  This Atari version is one of four in a series of BASIC programming books I wrote for Apple, Atari, Microsoft, and Commodore computers.  Readers learn by rolling up their sleeves, putting on their goggles, and diving into the code.  Ahem, I mean building stuff, like word processors and exotic dancers.  The humor in this series is outstanding.  For example, we visit Camelot in the book.  On the map it’s just a dot in the desert, not far from Cleveland but …